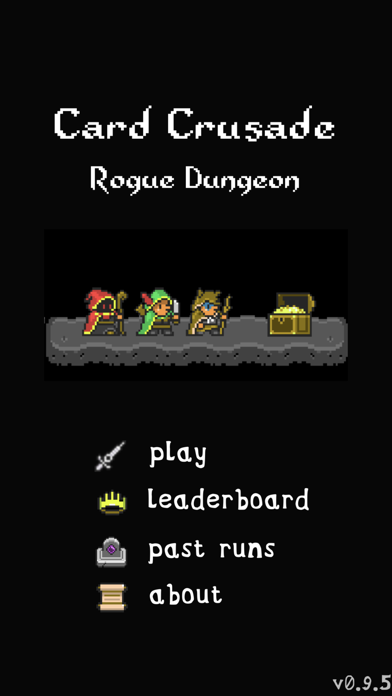 (84 reviews)
Description Release notes
Card Crusade is a roguelike deck building game. Unlock eight different character classes as you explore the ten floors of a winding dungeon. Assemble your deck to unleash unstoppable combos on your enemies. Fight monsters, gain experience, and level up your character to defeat the final boss and become the Card Crusader!

In addition, we have revamped several of the lesser-used altars to make them more interesting and powerful for players, especially in the later Glory levels.