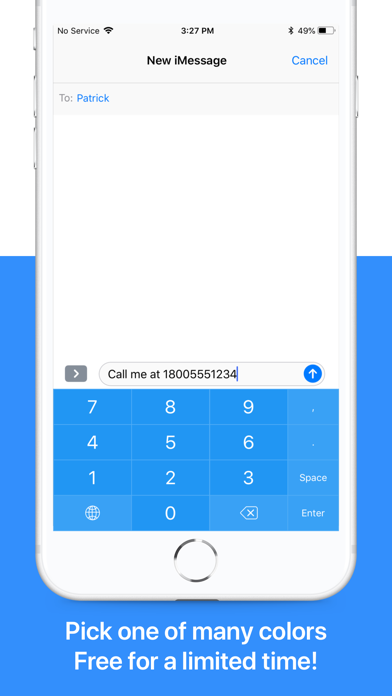 (191 reviews)
Description Release notes
Ever had to add a phone number, credit card number, or any other long list of digits on an app or website and they DIDN'T provide a number pad keyboard? With NumPad: Your Number Keyboard, that overwhelming feeling of loss, loathing, and general sadness disappears instantly, just by switching keyboards.

NumPad is a simple keyboard that provides you with a basic number pad function, similar to what you see on a full-size keyboard. It's useful in a number of scenarios, including but not limited to:
- Entering payment information on older websites
- Adding secure number information (like social security numbers, ID's, etc.) with one hand
- Inputting a bunch of phone numbers (especially international numbers) into a sheet
- Professional use, like inputting numbers in a spreadsheet

NumPad is built to speed up your day, no matter which iPhone or iPad you have. If you use other keyboards, no problem! And if you don't, then NumPad has a perfect place in your iDevice, adding that extra bit of typing that'll make adding numbers to anything that much faster. Try it out today!