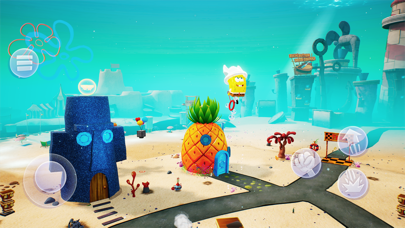 (803 reviews)
Description Release notes
Are you ready, kids? Play as SpongeBob, Patrick, and Sandy and show the evil Plankton that crime pays even less than Mr. Krabs. Want to save Bikini Bottom from lots of rampant robots with your mighty bubbles? Of course, you do! Want to underpants bungee jump? Why wouldn't you! The battle is on!

Features:
- Play as SpongeBob, Patrick, and Sandy and use their unique sets of skills
- Thwart Plankton's evil plan to rule Bikini Bottom with his army of wacky robots
- Meet countless characters from the beloved series
- Faithful remake of one of the best SpongeBob games ever created
- High-end visuals, modern resolutions, and carefully polished gameplay
- Game Center support
- Full controller support

Thank you for playing SpongeBob SquarePants: Battle for Bikini Bottom!